1996 Detailed to US Embassy Bogota, Colombia

As a Special Agent with the IRS, Criminal Investigation Division I was the Bank Secrecy Act Coordinator for the Central California, Fresno Field Office for approximately 10 years.  I reviewed and analyzed the Currency Transaction Reports (CTR), Suspicious Activity Reports (SAR) and the Reporting of Cash Payments Over $10,000 Form 8300 (8300) filed covering central and part of the northern California area.  I was responsible for determining which forms contained criminal and or civil potential and assigned said forms to Special Agents for further evaluations and investigations.

I drafted arrest, search, and seizure warrants for judges’ approval and then executed said warrants.

I was the Criminal Investigation Division, Fresno Field Office designee to the Narcotics and Financial Task Forces working jointly with members of other Federal, State and Local law enforcement agencies.  All task forces officers worked joint investigations to achieve a common goal of obtaining convictions in high impact cases.

As a P.I. I have also conducted numerous investigations for major insurance companies locating witnesses, subjects, and clients in addition to combating insurance fraud.

I also conduct due dilligence, litigation support, forensic accounting and skip tracing for the legal and business community.

In 2016, I was a member of a team participating in the investigation of an international multi-million dollar fraud and corruption investigation.

My duties included traveling to Spain, for a period of time to draw upon my expertise and experience in tracing the international flow of millions of dollars. 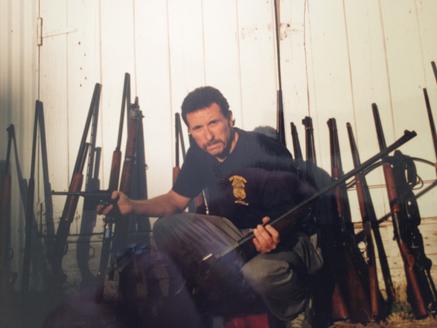 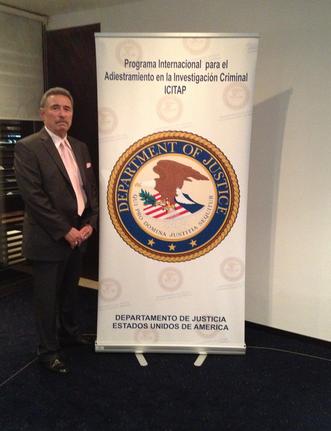 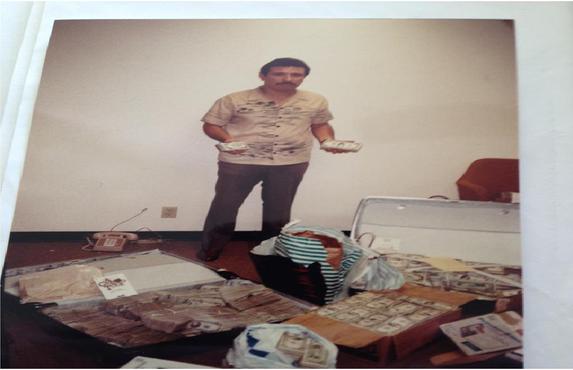 I also instructed courses on Financial Investigations, Anti-Money Laundering and Asset Forfeiture at the Federal Law Enforcement Center and in foreign countries such as Colombia, Mexico and Costa Rica working with local Prosecutors and Investigators.

In 1996, I was assigned to the US Treasury Department’s, Office of Foreign Asset Control (OFAC) in Bogota, Colombia.  I coordinated the International Economic Powers Act (IEPA) program which identified global money laundering operations and combated the drug cartels’ efforts to launder and conceal monies.

I provided training to employees of financial institutions such as savings and loans plus banks on Anti-Money Laundering,  the Bank Secrecy  Act covering CTR's, SAR’s and Forms 8300's.  I also provided training to them on “Know Your Client”, “ Risk Analysis”, "Internal Controls” and “Due Diligence”.

I provided outreach and training in Spanish to Businesses on the Money Services Business laws and regulations plus the common mistakes and/or pitfalls to avoid.

After retiring from the IRS Criminal Investigation Division in 2002, as a PI and Consultant I conducted numerous contract investigative assignments for the FBI, US State Dept., US Dept. of Justice and numerous defense attorneys plus major US insurance companies.

In 2003, I conducted a three month extensive forensic examination of a major California Corporation on its financial operations to expand its profitability.  The assignment required me to review and analyze the corporation’s operating structure, financial structure and profitability to include the analysis of internal records.  I documented and submitted my report containing my findings and recommendations.

In 2005, I conducted a 10-day assignment in Santiago, Chile.  I was assigned to investigate a corporation’s operational process to locate the loss of several millions of dollars.  I conducted an internal audit of its operational procedures to include its documentation of income and expenses.  I also conducted interviews of all employees.  Within 10 days I was able to determine the amount of internal loss and eliminate the corporation’s suspects.  I was able to direct the corporation toward the likely source of the lost funds and a specific suspect.  My results were well accepted and I was informed that the corporation was willing to have paid me double what my invoice reflected.

For a three-year period I was part of a CTR/SAR and Due Diligence “Look Back Operation” for a major California bank under the direction of a retired Senior IRS Special Agent who was a supervisor, a Financial Task Force Coordinator and an Anti-Money Laundering Specialist.

I conducted a criminal defense investigation for a defense attorney in a case where the client had been indicted on approximately 51 counts of money laundering and had a large amount of currency which was seized (approximately $300,000).  My investigative steps resulted in all charges being dismissed and most of the $300,000 (with the exception of approximately $25,000) returned.

​As a Special Agent and as a Private Investigator I have interviewed 100's of subjects and witnesses and I have testified on numerous occasions in both Federal and State Courts plus before Federal Grand Juries.

Based on my training, experience and background I have been designated an interviewing techniques expert in California State Court.

​I am bilingual in English and Spanish and although am not a Certified Court Interpreter I have been authorized by a Federal Judge to interpreted in Federal Court.

From 2012 to 2014 I was an instructor for the US Dept. of Justice in the Country of Colombia teaching Financial Investigative Techniques and Anti-Money Laundering courses to their Judges, Prosecutors, Investigators and Certified Public Accountants.

Past - Consultant and Contract Investigator for  FBI, US Dept. of State and US Dept. of Justice

Management Assignments
​
As a senior Special Agent I managed approximately12 professionals, semi-professionals and support staff on several detailed assignments.  I made assignments, directed their activities and reviewed their progress and results.  I was responsible for forwarding questionable activities to Special Agents in the field offices for further evaluations plus investigations if warranted.

I coordinated and managed a program for the US Treasury Department, Office of Foreign Asset Control Program at the US Embassy in Bogota, Colombia during 1996.  I was responsible for insuring that highly sensitive and protected information was gathered, reviewed and analyzed.  I then prepared and submitted reports of findings to the US Treasury Department in Washington, DC.